Forecast analysis ahead of potential tornado outbreak in LA/MS 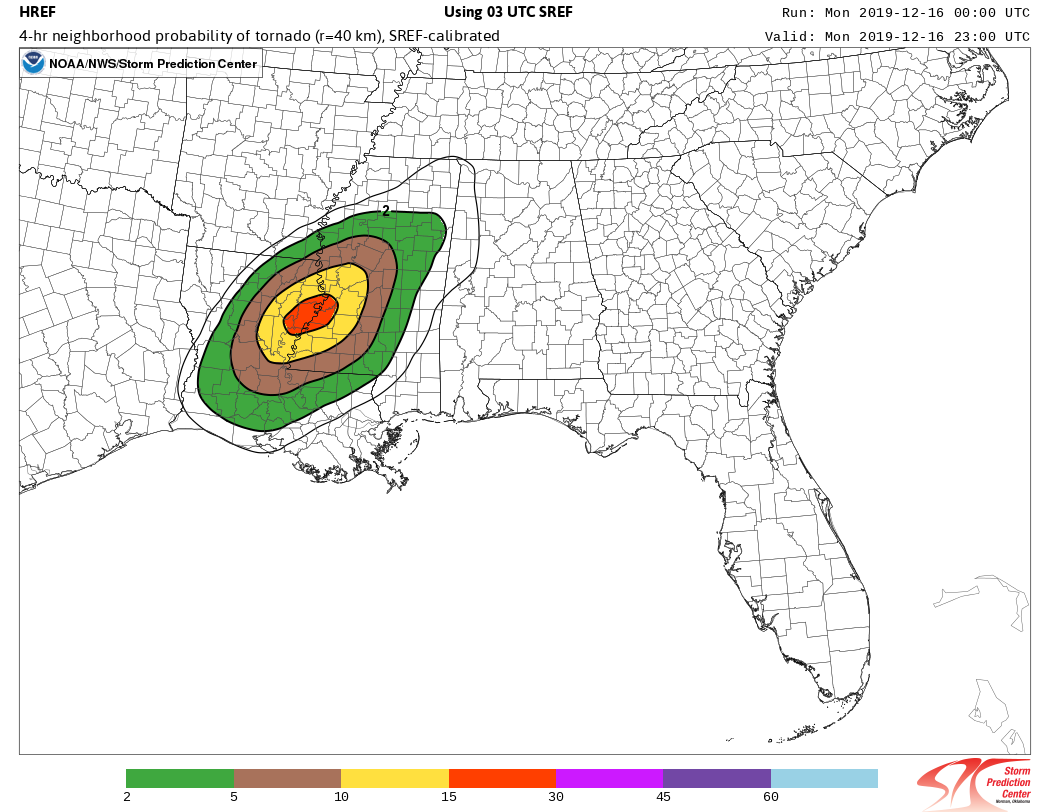 An ENHANCED risk of severe weather has been issued by the Storm Prediction Center, with a 10% tornado risk in parts of Louisiana and Mississippi later today. Above is the calibrated 4-hr probability of a tornado for 6:00 pm CST, which shows between 15-30% chance of seeing a tornado in that red circle. 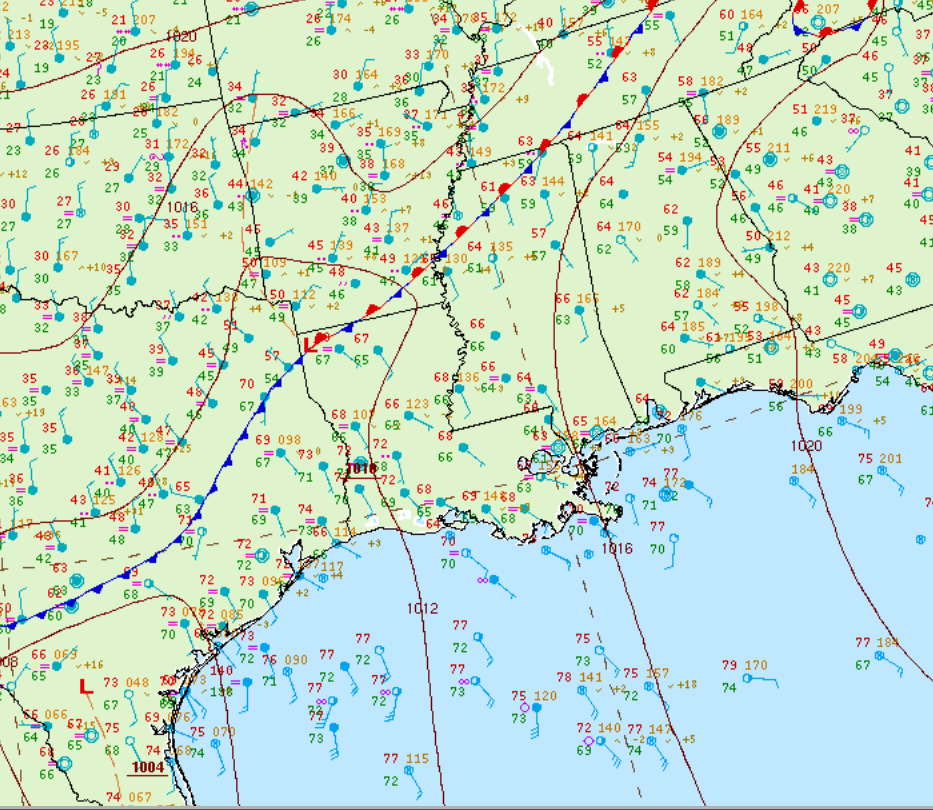 This morning's surface analysis depicts a stationary front across Arkansas and northern Mississippi and a cold front in eastern Texas. This cold front will move east throughout the day and trigger semi-discrete supercells throughout the afternoon/evening hours. 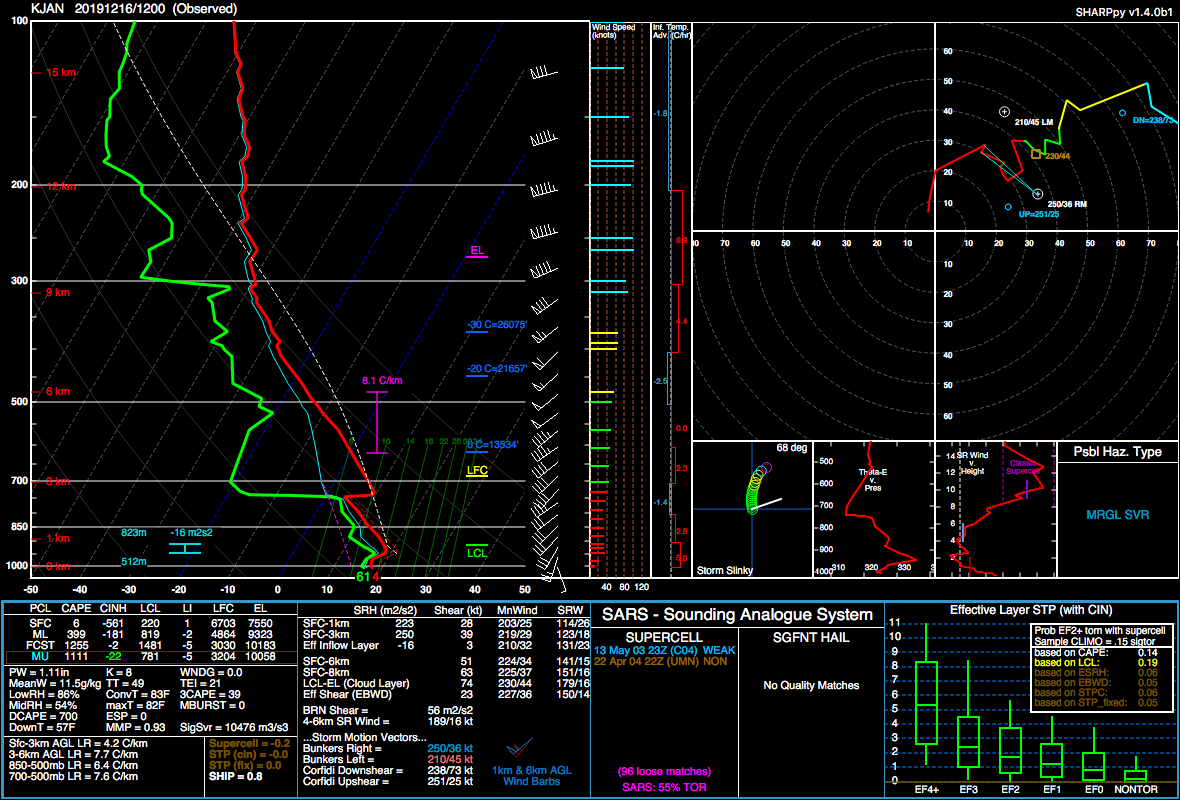 Above is the morning sounding for Jackson, which shows a pretty substantial inversion from 3km to the surface. This makes sense when looking back at our surface analysis, we can see fog codes ("=") near Jackson. We can therefore assume this sounding is pretty accurate. When we look at the mid-levels, we already have some instability here with 1111 MUCAPE. The mid-level lapse rates are already steep at 7.6 C/km, but the 0-3km lapse rates are absolutely stable at 4.2 C/km.

Therefore, if we want supercells later today, the inversion needs to be overcome and temperature increased to increase the surface lapse rates. In other words, we need surface heating to mix the 0-3km profile.

Simulated cloud cover from the HRRR through 3:00 pm CST

From ensembles and CAM's, it looks like it will remain pretty cloudy, but with some breaks in the cloud to permit some surface heating. This will be a critical piece of whether a tornado outbreak occurs or we get several non-tornadic supercells. 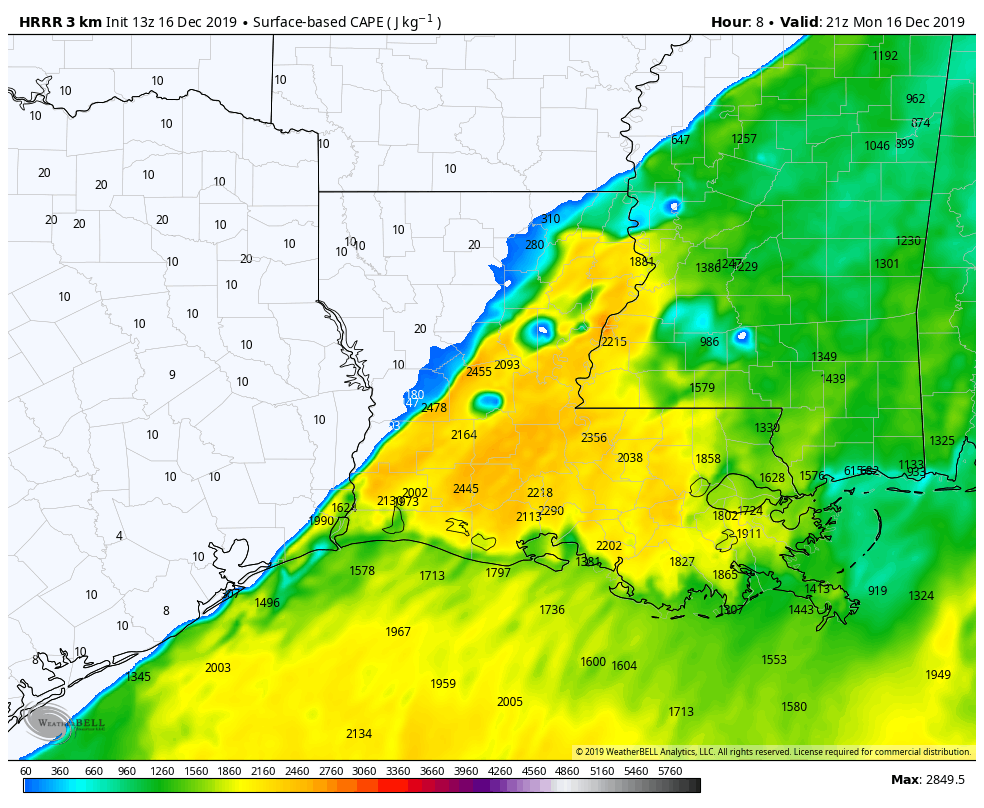 Most CAM's are currently offering substantial amount of instability near the surface, which would indicate that surface heating/mixing will occur in the afternoon for parts of LA/MS. 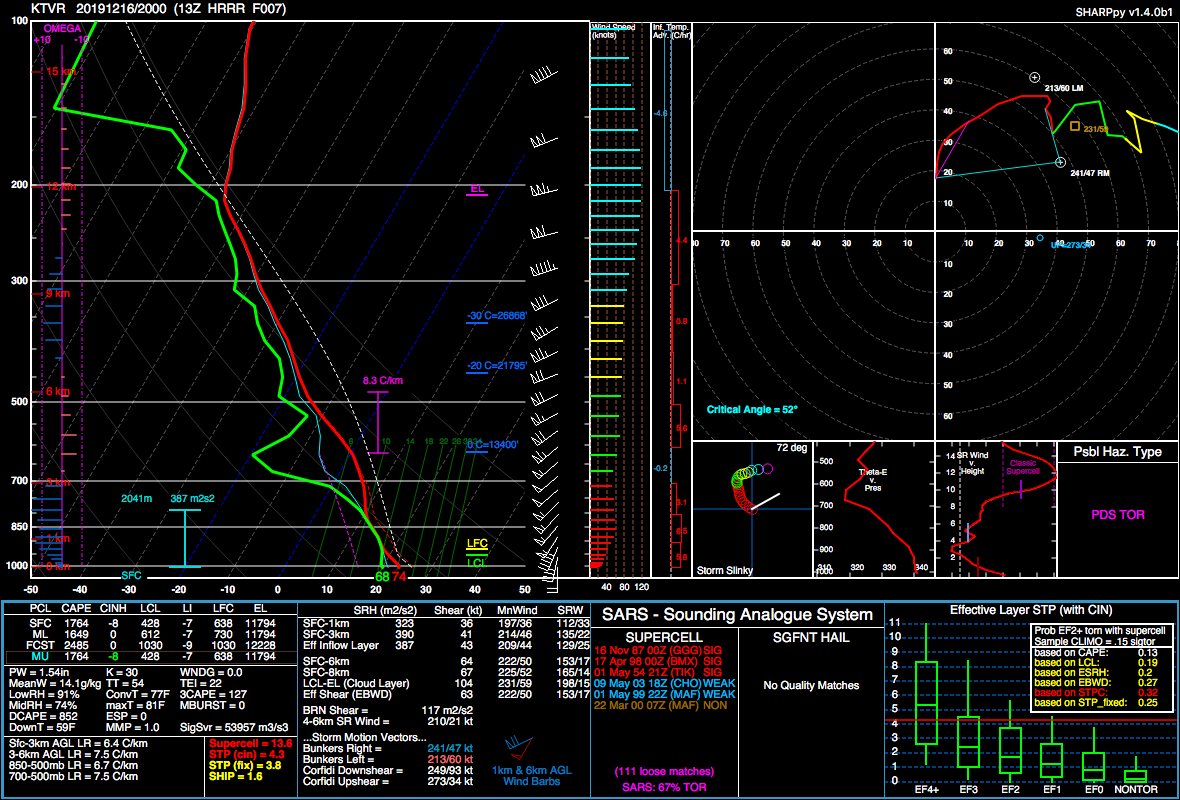 NAM NEST and HRRR are in agreement with the above forecasted sounding for Vicksburg, which is on the LA/MS line. In this sounding, we have a mixed profile with a well-defined inverted V at the surface. This is a tornadic profile. Lapse rates 0-3km have increased to 6.4 C/km and temperatures at the surface are 74F. 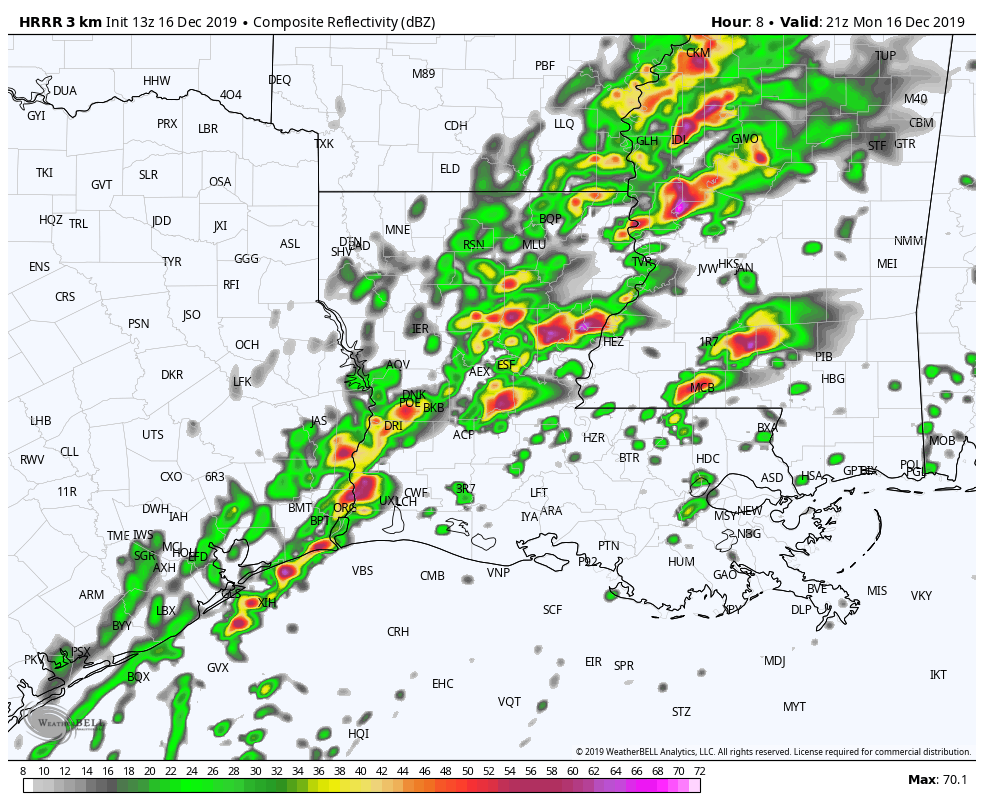 If we look at the simulated reflectivity for roughly the same time, we see some massive semi-discrete supercells in the vicinity of those soundings. This would indicate that the environment around the LA/MS line will be favorable for some nasty supercells that will likely produce several tornadoes later this afternoon into the evening hours.