Lee County in Alabama suffered numerous structural damage after a strong tornado tore through the area, leaving at least 10 people dead. Below is a series of pictures and videos from the area (not necessarily all the same tornado).

ABOVE: do yourself a favour and watch the above video at 3:28mins for a clear depiction of the monster tornado.

Above is for situational awareness only, the dropped pin indicates an area where the tornado crossed in Lee County and caused some damage. 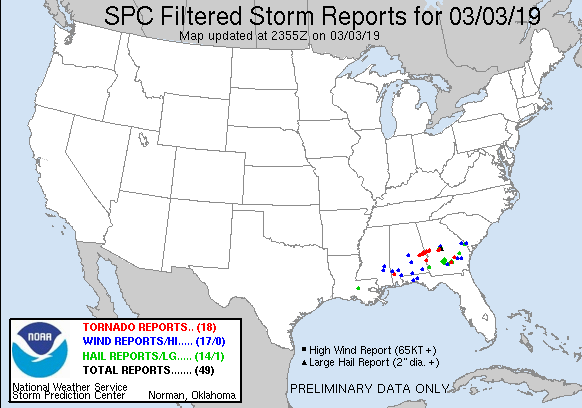 Storm reports as of 7pm EST

CONFIRMED DAMAGE NEAR DUPREE ... AL. MULTIPLE HOMES DAMAGED. TORNADO CONFIRMED BY RADAR. TREES AND POWER LINES DOWN NEAR THE INTERSECTION 401 AND 175 NEAR CRAWFORD ... AL. TREES DOWN NEAR US 80 SOUTH OF TUSKEGEE.